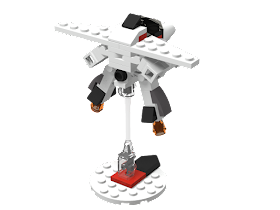 MF0 Expanded: The Evolution of a Rhino

The Rhino, one of my most favorite frame builds that have taken a bit of a life of its own to the point that it might be my most iconic but not really used by the community build. It a more unusual design of frame with layers and layers of plates.


To be frank it a box with legs but it a box with legs that had style that looked menacing. It all started with a drawing with future plans that never happened until this: a contest; Atavism's Non-Combat Frame Contest. The Rhino was one of many of my submissions. I found the contest rather inspiring.

I was runner up three in the contest which got me Starflower's Special Achievement. He had to build a non-combat from of my choice. I picked Journalism. You can see all that on the Announcement Thread.

Of course next Atavism had to take it a step further and made his own combat versions of the frames on his Total War Appreciation Tour.

I liked his version a lot and thought I could improve the Rhino.

Seems I never posted the improved version to The Hangar but I am sure I did to The University (Discord) but you get to see it here.

Much better looking frame and sadly I have never physically bricked it up...yet. I really should make a squad of these though my love for this frame has lead to some other outputs such as a short story type thing.

If you like a closer look at the Rhino, how it built and maybe some combat varients I have come up with than check out my Sketchfab.

Lastly, I commission art of the Rhino. I wanted to see it outside of the Brick into something you might see in an anime or the pages of a manga. We know what our beloved Chub looks like 'in the flesh', why not my Rhino? So the following is all made by the Awesome and Talented Alan B and you should check out his deviantart after looking at this section of his work: shinypants.


Well thank you for coming along this journey with me; I hope it was fun, you enjoyed what you saw and please feel free to bring the Rhino into your own squads. I love to see pictures of them posted in any of our MF0 groups or just #MF0 on Twitter, Instagram and other places!
Dark Cloud Blogs at 1:47 PM No comments:
Share

So I picked these up while visiting the Japan Pavilion at Disney World's Epcot Center. I could tell they were similar to the Converge Series that Mantis King Reviewed but clearly were a different line as Converge was there as well so I figured I check them out for MF0: RA.

See I will start with the Unicorn Gundam as our primary example than share photos of the other 3 with comments. Will save the final review for the bottom using sort of an average of all four sets for the review. 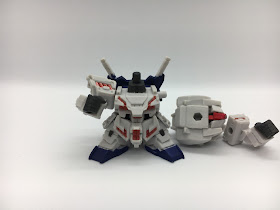 All the model's heads and arms come off easily along with the accessories but are secure enough to still use in games without falling apart when they move. Also with the way it design I don't expect much wear and tear to happen on these models. 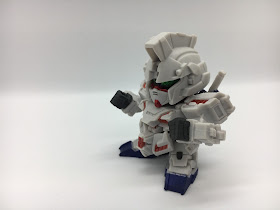 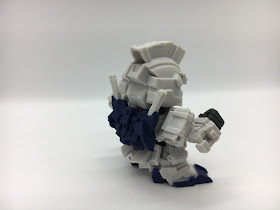 I believe I got these for $8.99, I have seem to have thrown away box/receipt with out writing down the amount. +5 points.

Is it a good size to use in game?

They are all smaller than a chub but still about the same height as a Classic and foot print still Chubish so I will say yes. +5 Points

How many removable parts does it have to represent systems?

Well it averages to about 3 systems each for 0 points.

Does it have enough parts you can remove to represent White Dice damage?

Between the ability to remove arms and the head, along with my believe with minimum wear and tear I will say Yes for +5 points.

Total: We have a A level series of sets for MF0 that should be fun and interesting to see on the field. Check out the fun below. 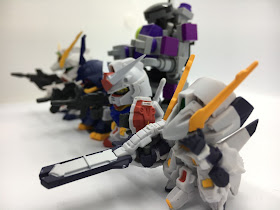 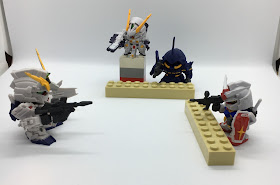 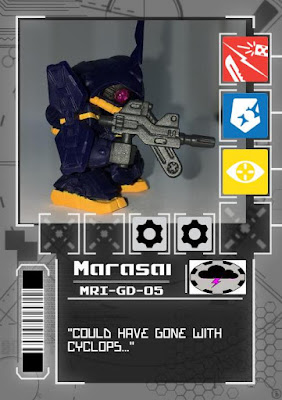 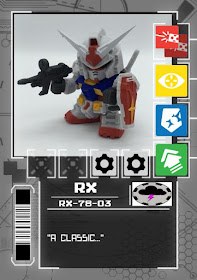 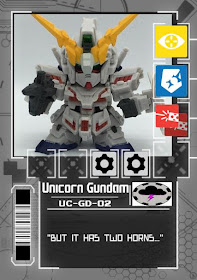 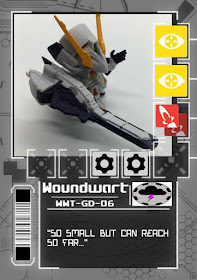