Maybe I was having an off day but I couldn't get anything built out of this bag except for the Acro Fighter itself. Minus 5 points.
Is it below, at, or above the golden ratio? (Golden Ratio is 10 cents per part).

Well outside of the plates and the mini figure I have seen the rest of these pieces be utilize in Frame builds before and the none rectangle plates might be good for Intercept Orbit so we have a yes on this one. 5 points! 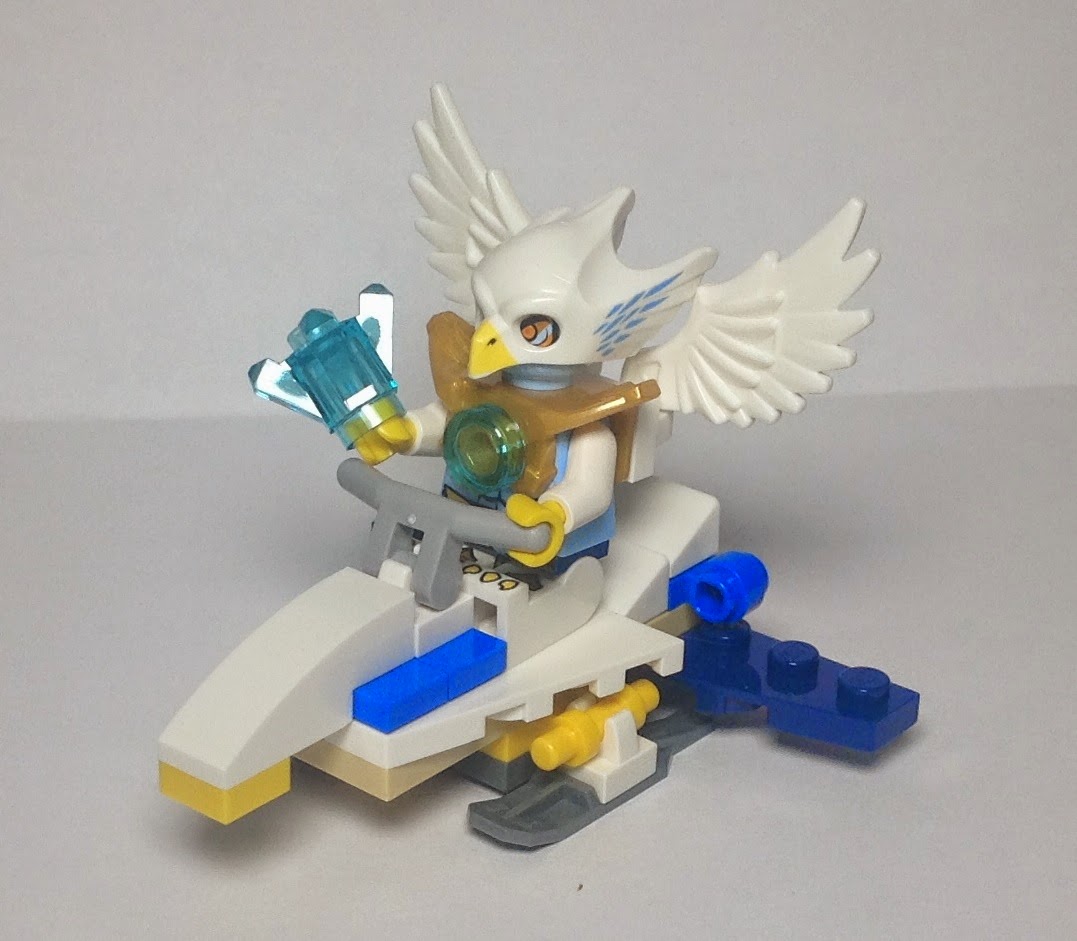 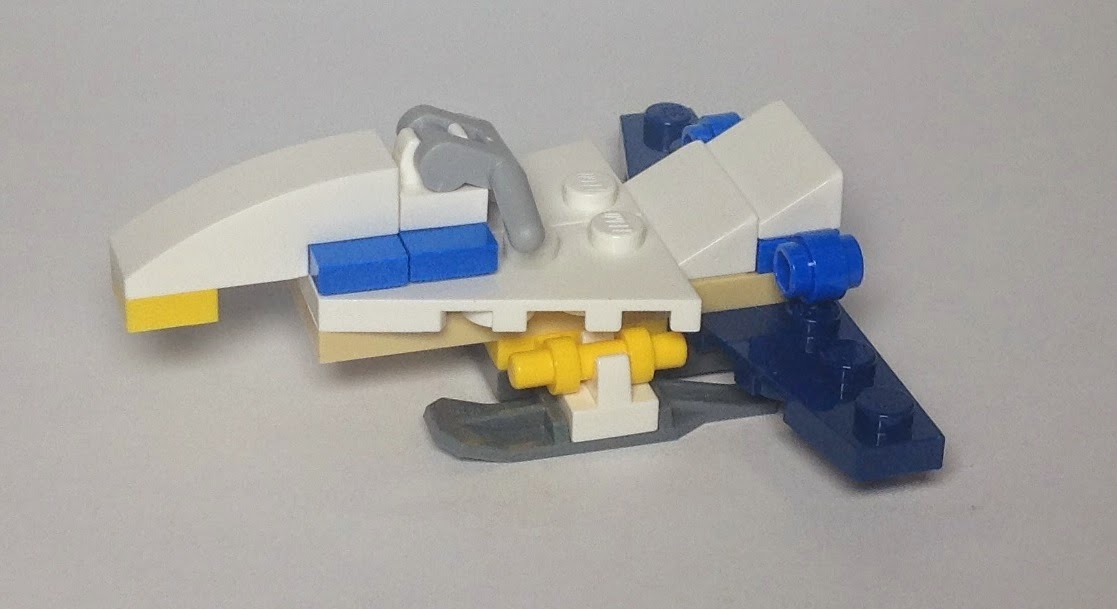 Total: -15 giving it a grade of C but you could almost use it as is for say a HVA in Intercept Orbit which could bump this up to a C+ set but I think it still need a few more pieces/adjusting.

This dude...must be a bad guy. I am just saying, look at what he names his stuff! 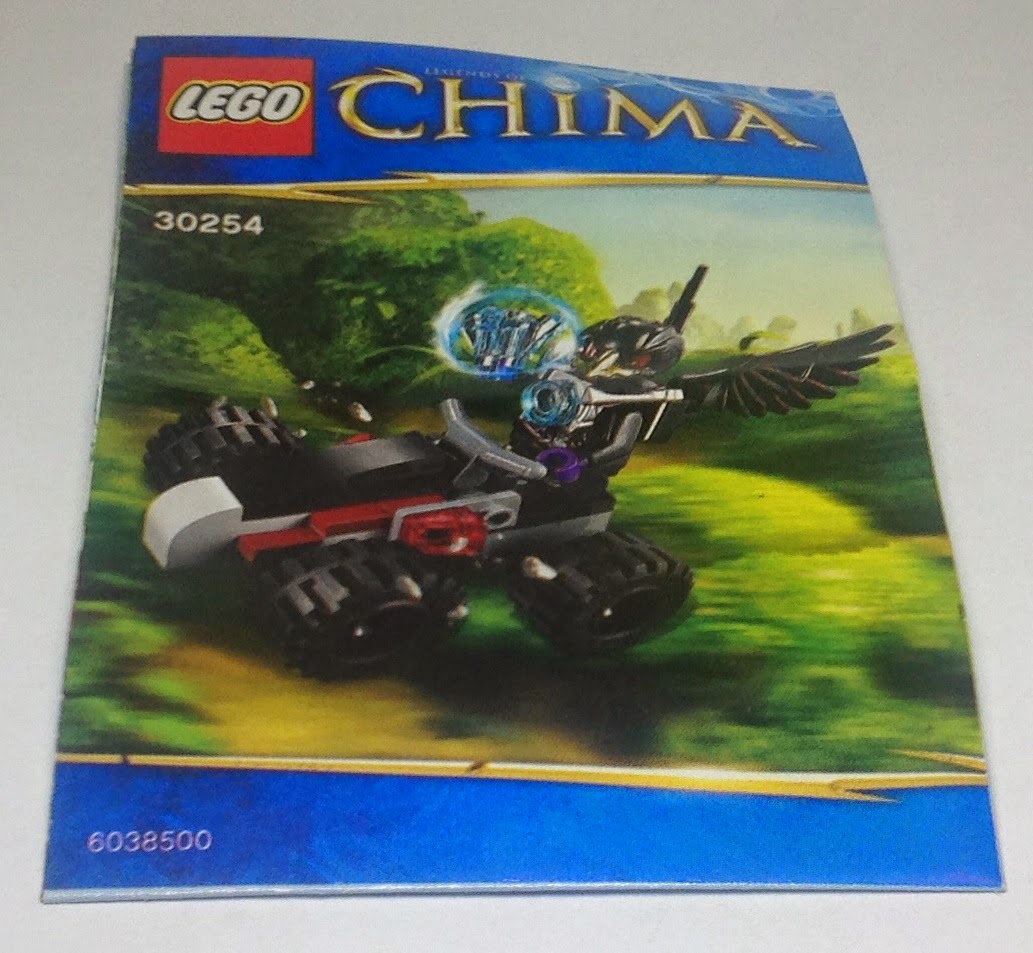 Again I got nothing. -5 points!

Is it below, at, or above the golden ratio? (Do I really have to say it again?)

A mix bag of parts that could work for Frames or Spaceships, +5 points. 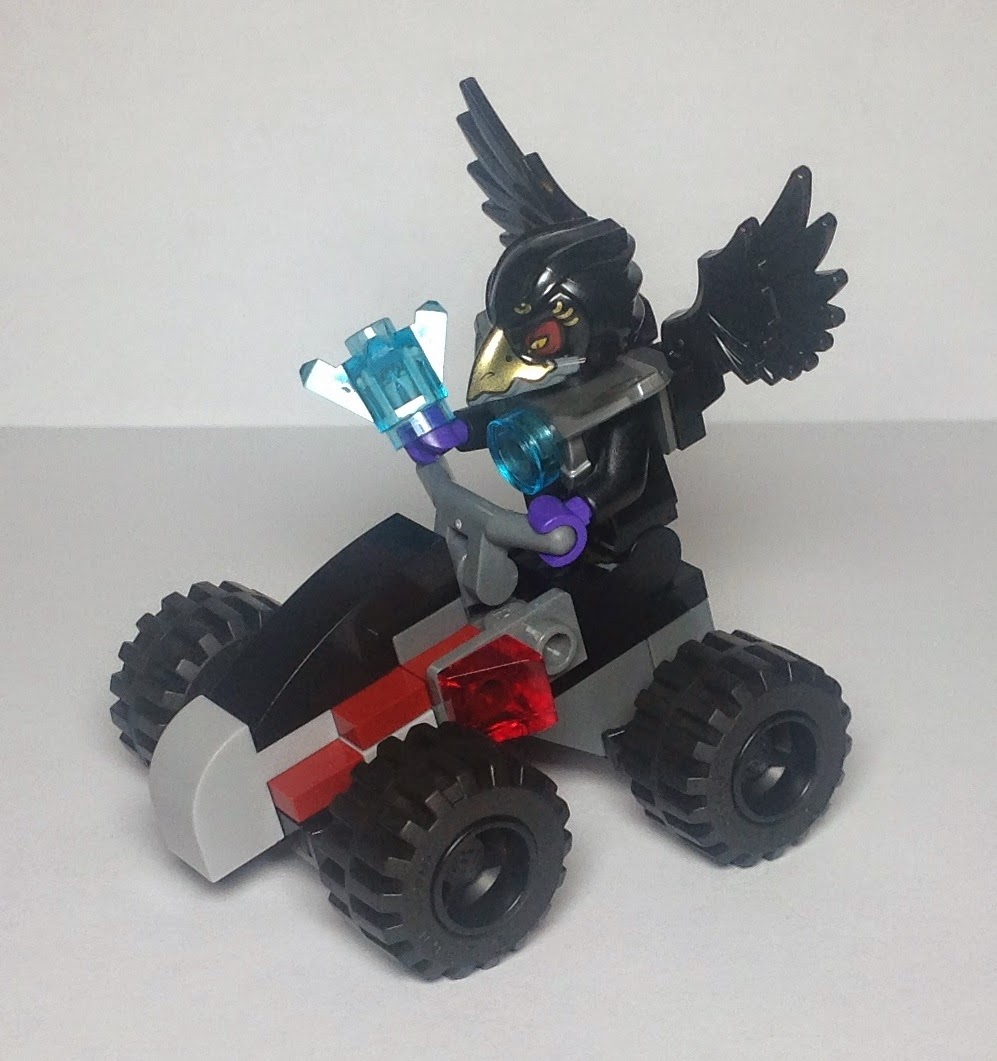 Again I don't think it reaches 'handful' status with this one so I am saying no for another -5. Ouch

Total: Another -15 for a C grade Lego pack but again, I see some potential to modding the base set into a spaceship.

Posted by Dark Cloud Blogs at 6:47 PM No comments: