The System, The Guy behind it.

What the Hell is an Aluminum Falcon? With this when we start getting into the actual spaceship Microfighters. I thought about doing a Giveaway with this one but the stars did not align right for that to happen this time; sorry folks.

From the looks box image I was excited for this set for Intercept Orbit (Almost put Zero instead of Orbit) and I ended up pretty happy over all with this. Let's get into it so I can explain.

I made a frame that I am really proud of. I like the way I look but was limited on arming it but still a nice base to put more systems on. Of course the set makes a nice spaceship I think could easily fit into Intercept Zero! +5 points!

Like all the Microfighters the set is $9.99. This one contains 94 pieces so just let me pull out the calculator to find that it is 11 cents per part. Not over to bad but over enough to give this a value of -10 points.

Yes, several good parts in this set! Another +5 for this set! In fact there is some new bricks in here that are very interesting.


I think this is a pretty easy yes. +5 Points


Total: Our total is 5 points giving us a B+ mostly from being above the Golden ratio but only by a penny and being a small box set it isn't that bad. 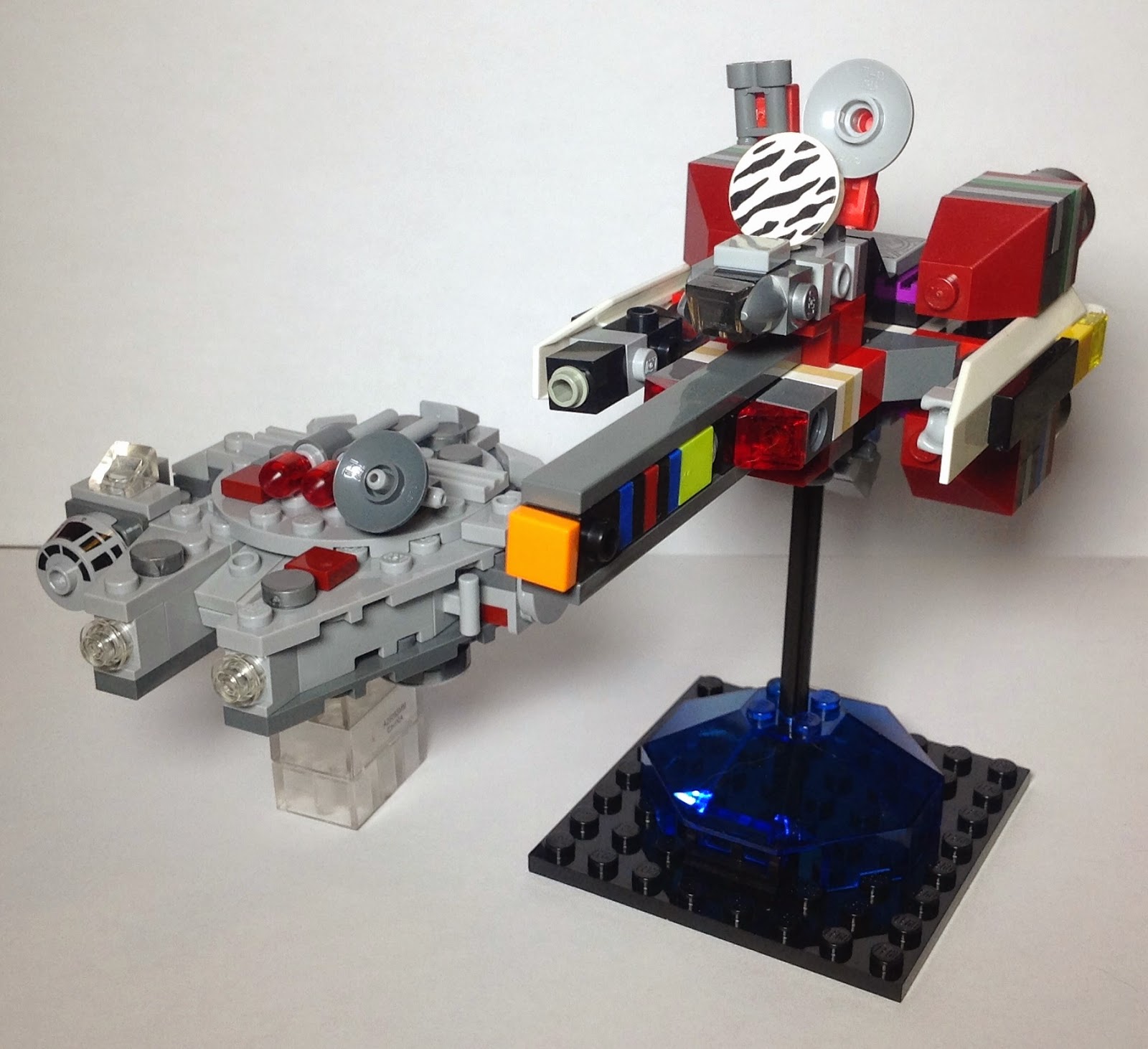 Give it a proper base and a brick to fill the whole and I think you have a proper Frigate for Intercept Orbit. The dish can be a Yellow System and the guns on top some kind of double Red System? 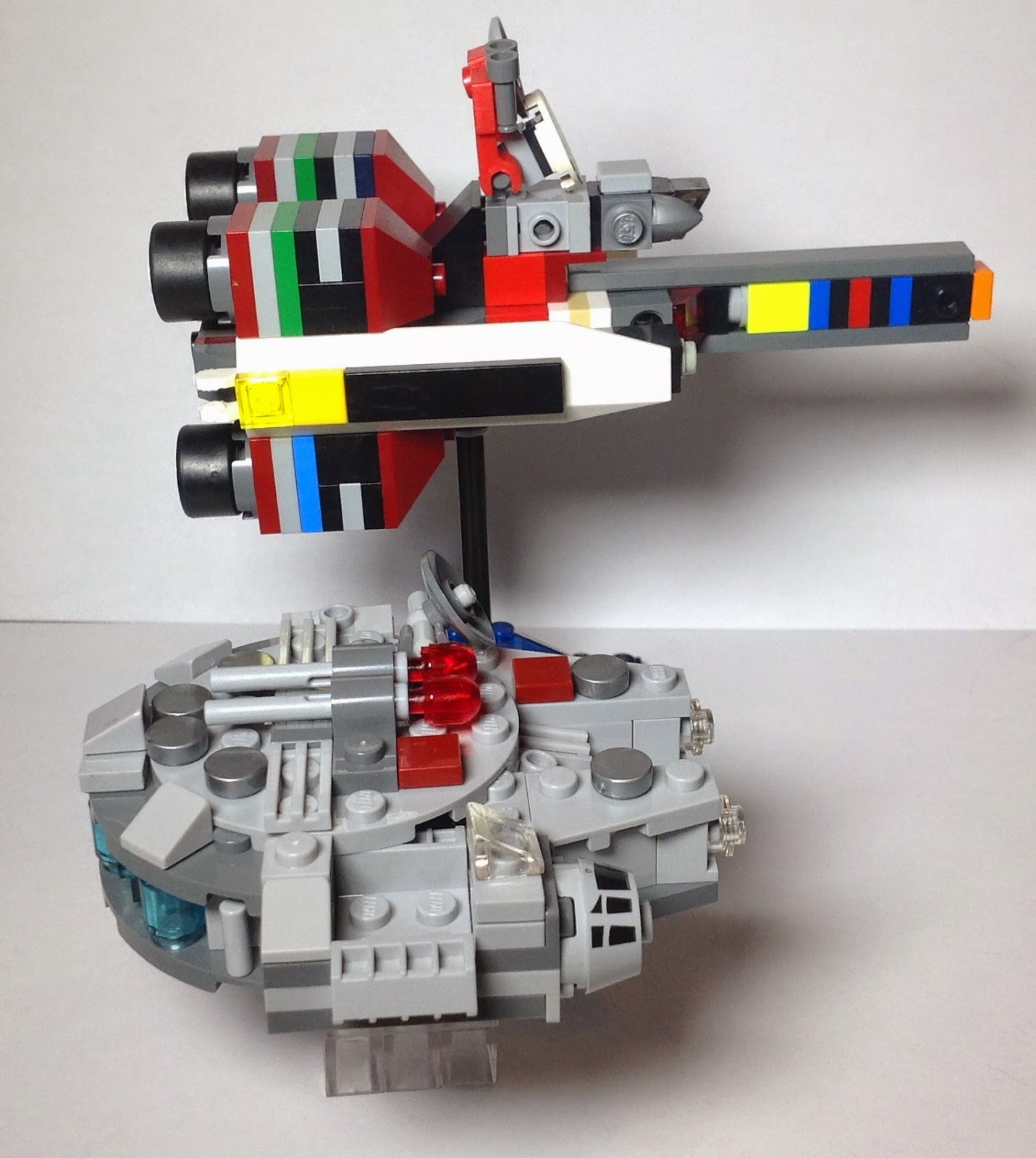 This might sound weird but I really like the way the engines or at least their output are done here, might try to replicate it with future ships. I thought I had a picture but guess not.

I think it is a decent look with the pistol and the Chub, Split System Melee/Direct?
Posted by Dark Cloud Blogs at 2:30 PM