Inside the Character Sheet: The Steward

Welcome to my first entry of Inside the Character Sheet where I share my table top role playing characters with the rest of the world. First we shall be meeting The Steward.

The Steward is my Android character based in Paizo's new RPG Starfinder that is in an Online Campaign as a Patreon reward Michael Kesavan's Ask a Pathfinder. In fact you can join us Sunday Nights/Monday Mornings at 8pm UTC-4/8am GMT+8 on the AAPF Discord or you can hang out with us and others during the week inbetween sessions: https://discord.me/AskaPathfinder
I will try to post follow up blog(s) after each session.

The Steward awoke for the first time in a public renewal creche feeling uncomfortable and uneasy in their own body as if their very own electric flesh was a poorly sized suit. They were held by attendants and lead to begin their new life but the newly seated soul had feelings and memories of the previous soul which felt odd...wrong.

A bit disoriented and confused Steward walked away before finishing the registration process. As the android reached equilibrium again they couldn't help but feel that something was wrong and specifically to the soul that was in this body before leaving them with a sense of not belonging in this new shell.

Grabbing on the only lead they had at the moment, this body's identity chip Steward tried to investigate who they were or is it should be? The name was easy, Ara-5 and followed the info on the ID chip which lead to an odd trail of attempts to erase traces of Ara-5 existence but left random bits of 'paperwork' trails.

As they tried to investigate Steward came to learn that they were already quite ready to search, move covertly and defend themselves. This was good as it certainly helped with trying to learn about their body's history BUT also to find work as one's mysterious past does not put food in your mouth.

Given their skills and current status Steward found their way into the gray area of private contracting. During one job the android came across Modem, ysoki street hacker for hire. They had both been given the same job by different competitor; to 'retrieve' a crate of stolen high end firearms but Modem got there first but seem to had the same intent of backstabbing their client aka destroying the entire crate of firearms to keep them off the street. Needless to say Modem's client was not happy and found himself in a tight spot that Steward helped him out of. Ever since the two have been working together with Modem helping Steward with their personal quest in between paying jobs.

Together the two worked the leads that all became dead ends but one, Ara-5 was some kind of privateer and that she owned a ship named Trinity's Wanderer but so far the ship itself they have not yet found out where she left it...yet.

When you first rise out of a coffin/crib confused and universe a blurring around you; you need some help...perhaps a touch of guidance as well. For Steward that was Triune or the church of the All-Code God to be exact. Steward seem to have a natural pull toward the place, being an android that isn't that surprising, though the holy symbol made of old fashion tech found around their neck and it again on the back of their left hand as part of the circuit paths also certainly helped.

There the android found initial starting food and shelter along with other lost; most fellow androids. Here Steward was able to get back on their feet and even some starting work. They feel it important to stay in contact with the friends they made there and when things are slow sometimes volunteers there or feeling lost.
-------------------------------------------
Some more images to help imagine The Steward Below. 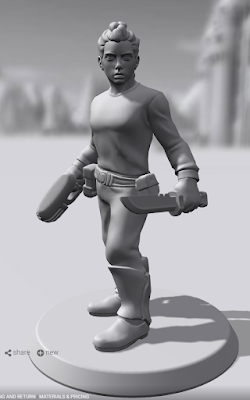 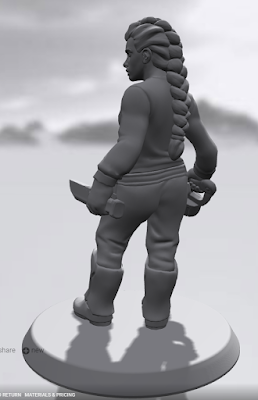 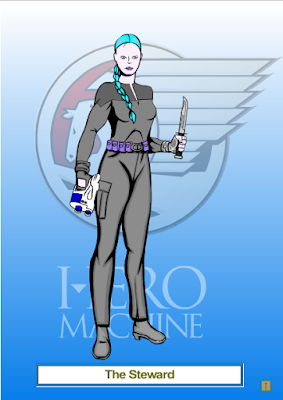 Email ThisBlogThis!Share to TwitterShare to FacebookShare to Pinterest
Labels: AAPF, Inside The Character, Pathfinder, RPG, Starfinder, The Steward