Though for me this journey didn't start with the day of but the day before. (Well even earlier but you can check those out here: Corvid Flies, Plans and Blogs and Delayed).

I had a lock of packing as Mantisking and myself were doing a Double Scale game of Mobile Frame Zero: Rapid Attack plus I was going by train which meant I left Thursday night around the usual dinner time.
Over all traveling by train wasn't bad, mind you I was traveling business class via Amtrak. A bit more casual and a lot more room than a airplane with a plug for my devices along with decent free wifi...when it worked. The only real problem I had was the time on the train because of the distance. For whatever reasons I had trouble sleeping on the trip but over all I enjoyed by experience.

Next was checking into my hotel and getting something to eat. I stayed at the rather fancy Langham hotel.
I was rather pleased to discover I was on the shuttle route as originally thought I was not. 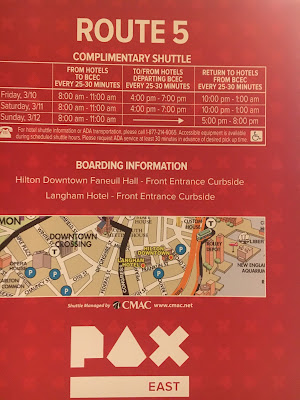 Once I got a change of clothes and a bit refreshed I actually headed out to the convention. I was not prepared... 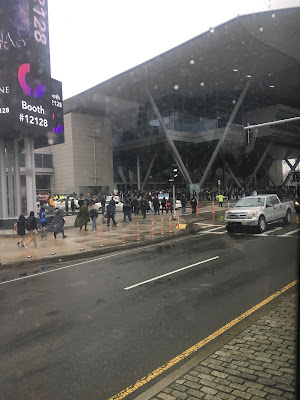 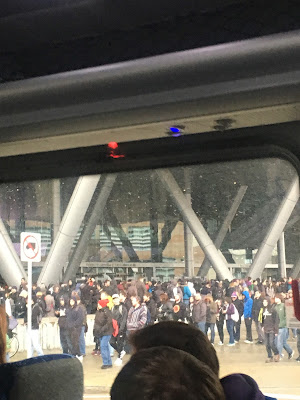 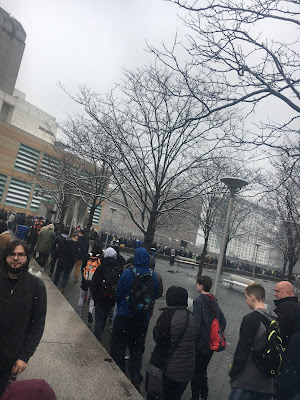 This was my first BIG convention and the lines! Well it look intimidating but it wasn't that bad. The worse part was how cold it was but I was bundled up but then there was the EXPO HALL. 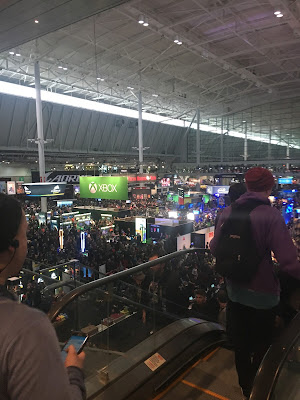 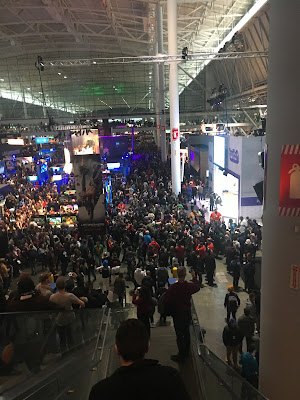 So after a quick walk around to get my bearings and generally see what I was getting myself into I decided to head into gaming area to actually meet Joshua in person! 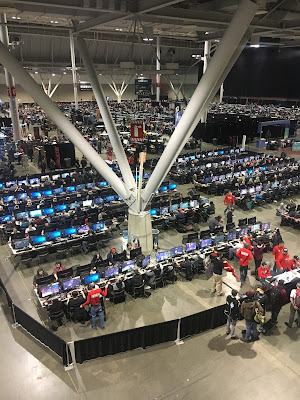 That was cool along with meeting with the rest of the peeps in his booth which also included Vincent among other awesome people and games. Of course I had Joshua sign my very loved first MF0: RA rulebook. 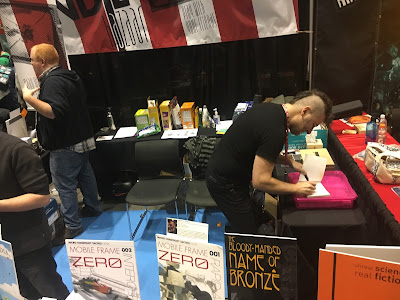 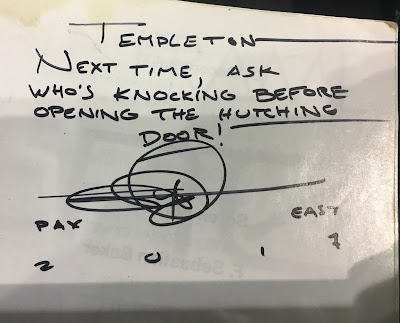 After that the rest of my Friday pretty much was talking to indie game makers and eating at China Town.

All I Talked and Ate Food With (Fantastic Time):
Joshua Newman - GlyphPress
Quinn Murphy - Thought Crime Games
Vincent Baker and his Awesome Wife (Sorry I didn't catch your name) - Lumpley Games
MantisKing - Mobile Frame Garage
There were others who's names I didn't catch or just talked to but did not share a meal with. Of course I be talking to everyone off and on, great times! Sorry to those I missed or didn't mention!

After that it was time for Recovery Time; rest and Breath of the Wild in my hotel room.

Saturday was the start of a world of MF0 for the next two days. You see I wasn't planning to do demos for my beloved game. I was here to check out the convention, play Double Scale MF0 Saturday, check out more of the  Con and play more MF0 Saturday while checking what else there was to offer. Nope, it was the MF0 channel the whole time with mostly demos.

I am not complaining, it was a great time and I think I helped Mantis a lot given he was the only other person doing demos. It was his gear, we took turns showing the game to people and generally just covered each others backs. 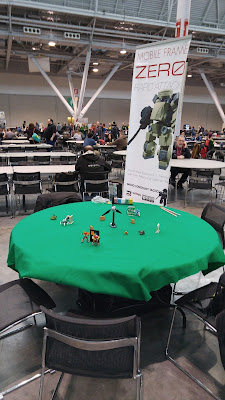 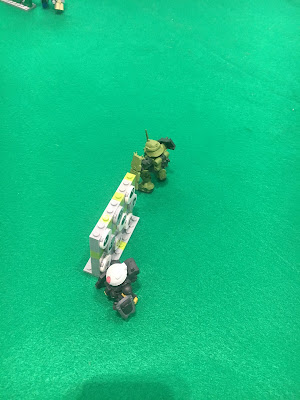 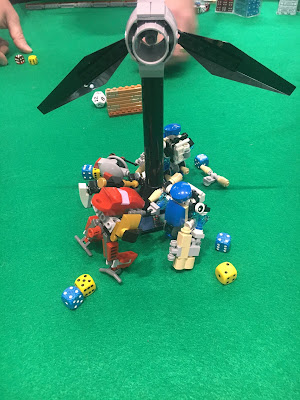 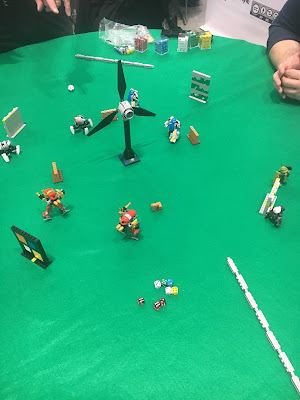 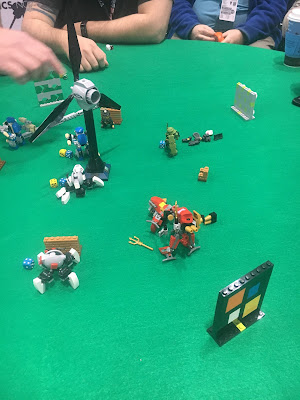 Some demos going done above! I really like Mantis fancy big walls for demos! After all that it was time for MantisKing and I to turn on each other to play DOUBLE SCALE MOBILE FRAME ZERO: RAPID ATTACK!!! Though first Set Up.

MantsKing is handling the Battle Report so I will just highlight. He was the Defender and did a good job of swinging complete control of the field early (after a small comedy of errors) aka ALL THE STATIONS!

The first Death would go to my Melee Master Station Taker (who only took one) Odysseus after surviving an onslaught of attack from Mantis's forces.

Though one of my favorite parts is one of the Cyclops hiding out IN a house.

Eventually I get my revenge/first kill on Mantis's Forces.

As much as I tried and mostly succeeded in trying to take stations and crawl out of the hole I ended up in I was not about to climb high enough. MantisKing one the game but I did end with a better score than I started I believe?


After thought I was burnt out so I headed back to the hotel for Dinner and more Breath of the Wild. Sadly this was also the day I did my MF0 cosplay but got no photos of myself. Perhaps a photoshoot is in the future?

Sunday was more demos! We were hoping to maybe get another actual game in but only one other MoF0 showed up with frames but it was late so we just did a big 'demo' game with all MoF0s but using our own frames, it was still fun.

The All MoF0 demo became a rush for the station by everyone. I realized I could put the Defense Die ON TOP of my cute AT-AT frames which is even CUTER! As you can see. 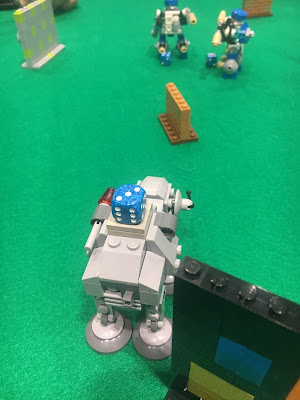 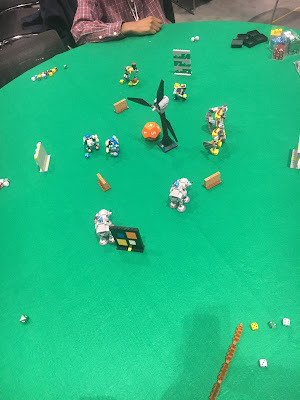 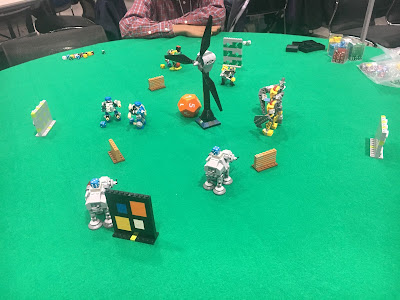 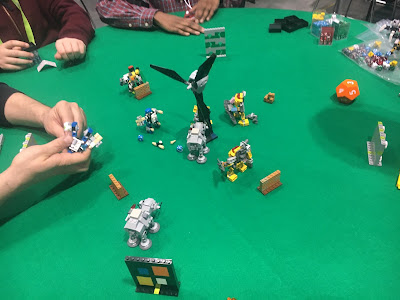 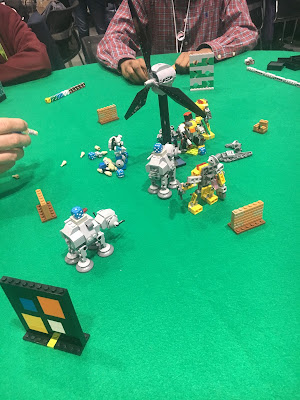 I was hoping to premier these guys at an actual game. 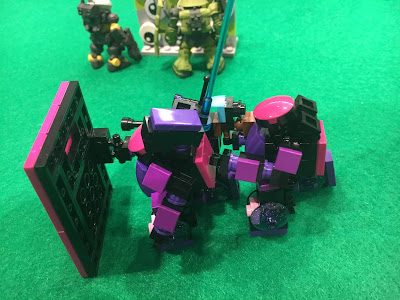 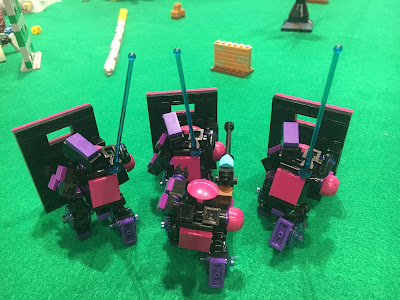 Other Highlights aka I was I had taken more Cosplay Photos: 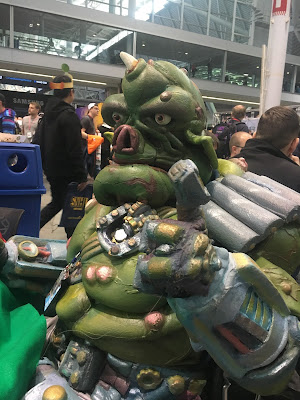 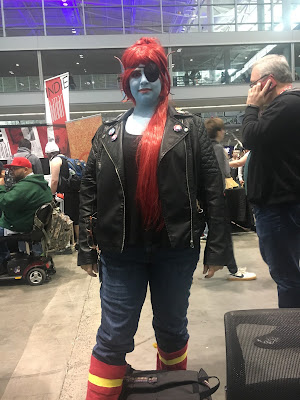 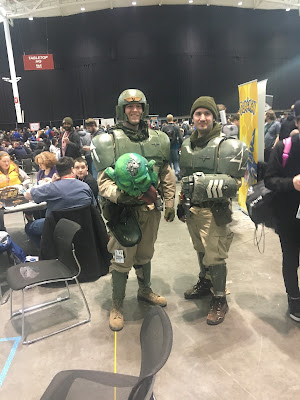 Then it was all over and it was time to say goodbye. 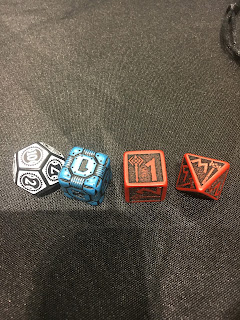 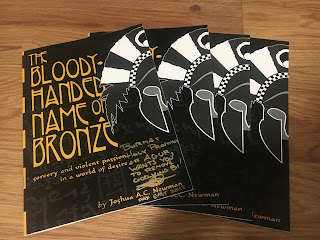 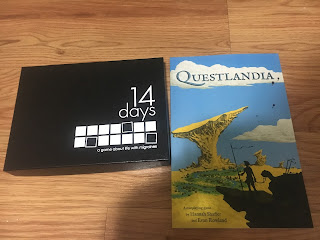 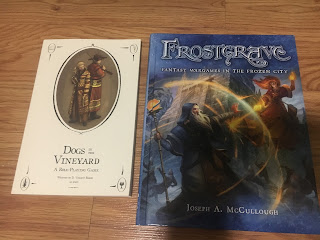 Posted by Dark Cloud Blogs at 3:00 AM